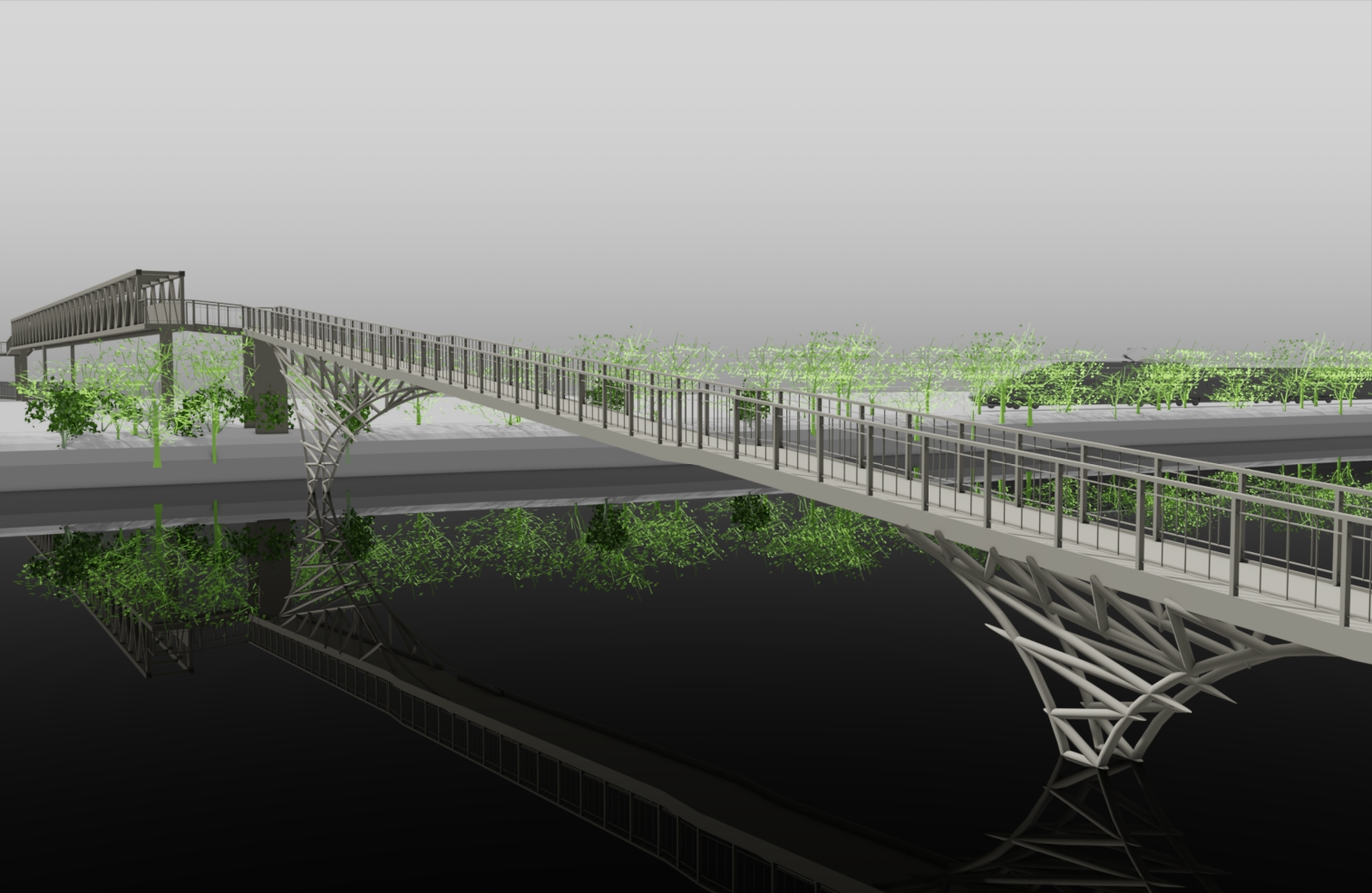 Habitar has taken an active role in the local community campaign for an inclusive and disabled-friendly ‘access for all’ pedestrian bridge over the railway between South Hinksey and Oxford to replace the current bridge. Network Rail who own the bridge, plan to replace the bridge ‘like for like’ but we have taken this opportunity to promote an alternative proposal which would transform the lives of many local residents – especially parents with children, people with disabilities, keen walkers and cyclists, and those who would rather use alternative ways of transport to the car.

This community proposal, which is to have ramps rather than steps at either end of the bridge, would help improve mobility for many users, and if successful the bridge could become an iconic architectural feature which would improve the views over the lake and the fields beyond.

A big investment during these times of austerity? Yes, but a much bigger long term gain.