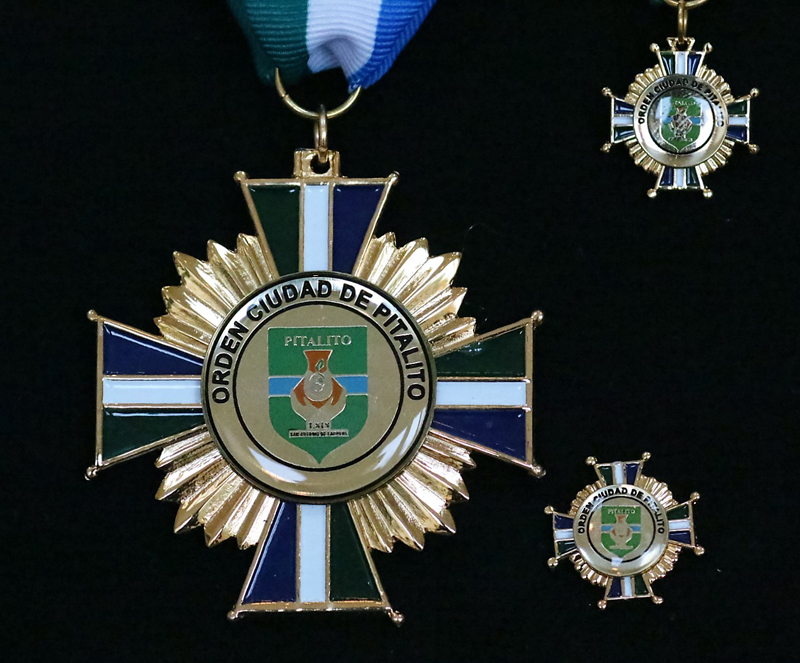 Order of the City of Pitalito

Diego has just returned from a trip to Colombia to see family over Christmas and New Year. Whilst in his home town, Pitalito he was invited to the opening ceremony of the theatre in the new Art Centre. During his speech The Mayor of Pitalito awarded Diego with the ‘Orden Ciudad de Pitalito’. This is a medal only given to the most prominent personalities and figures of the town. Diego is hugely honoured by this unexpected recognition of his work in designing the Art Centre, which has been a labour of love since its initial conception 15 years ago to its completion on 28th December 2015.

The Art Centre is now officially called ‘Centro Cultural Hector Polania Sanchez’ named after the late politician who promoted Art and Culture in this region.

The building, like no other in the town and Southern region, will be the centre for arts and culture and will be giving present and future generations of ‘Laboyanos’ (inhabitants of Pitalito city and valley) a solid platform from which to express their artistic interest, and also gather to share and learn new ones.

The local Council and their representatives complimented Diego on the rich architectural integrity and elegant design of the completed building which is already providing a versatile space for artists to express their work and talent. Even more poignant for Diego as he comes from a family of artists, most of whom still live and work locally.